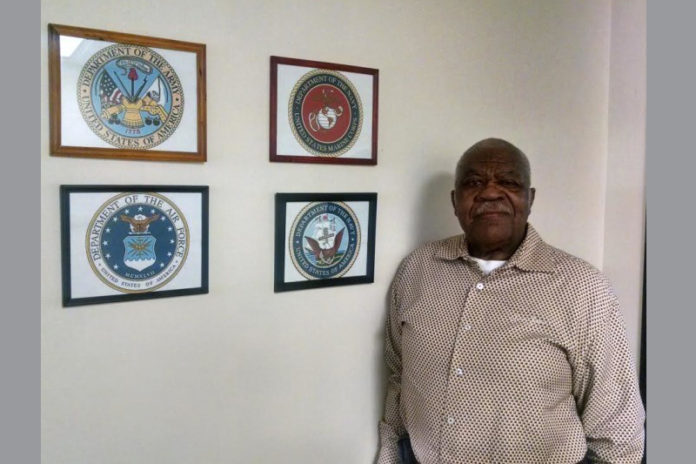 For years, Army veteran Valerie Butler didn’t go into crowds and she was “hypervigilant” when it came to situations where most would only be generally cautious. She didn’t seek help due to the stigma that often accompanies mental health treatment.

Dannette Williams was tormented by untreated depression and anxiety due to experiences during her stint in the Army two decades ago. After being refused for treatment, she launched into a lifestyle of self-sabotage and suicidal thoughts.

And for Marine Paul Mosby, he initially thought he could only get medical attention at the Veterans Administration in Grand Rapids, not knowing he was eligible for local treatment.

All three say they owe a debt of gratitude because of services they received from EverSharp Veterans Inc., a nonprofit organization in Muskegon Heights. Executive Director and Founder Robert Wilson, himself a Marine and Vietnam veteran, is committed to helping military veterans tap into the benefits and resources available to them.

One of those services includes helping veterans obtain a copy of their DD-214. Issued by the U.S. Department of Defense, it is used to identify the veteran’s condition of discharge—honorable, general, other than honorable, dishonorable or bad conduct. This report is critical because it contains information needed to verify military service for benefits, retirement, employment, and membership in veterans’ organizations.

Butler lived with the effects of Post Traumatic Stress Disorder (PTSD) for 20 years before diagnosis and treatment six years ago. She said it was Wilson’s open demeanor that made her feel comfortable.

“I opened up and talked to him, veteran to veteran,” said Butler. “He said this (PTSD) was a real thing, and that I needed to talk to someone about it. With his encouragement, I did,” she said. With his assistance, she found she qualified for a six-week treatment program in Battle Creek, at no cost to her.

Depression and anxiety often accompany PTSD. Other symptoms include sleep disorders, and issues maintaining employment as well as relationships.

She formed “a lifetime bond” with those in her counseling and support groups.

“You learn to understand it and talk about it and surround yourself with people in the same boat. You get camaraderie, and make friends who have a true understanding of what you go through. It opened a whole new world for me,” said Butler. “Mr. Wilson is a good guy with a heart for veterans. He’s willing to go the extra mile to make sure you know what your benefits are. He is very selfless, and doesn’t want anything in return except that you let others know about the organization.”

The Origins of EverSharp Veterans Inc.

Wilson, a decorated Vietnam veteran who hails from Vicksburg, Mississippi, founded the organization out of his passion to help veterans. Those who have suffered from PTSD or MST (Military Sex Trauma) are encouraged to seek the organization’s help. PTSD is a condition that Wilson has been treated for.

The name EverSharp Veterans comes from the radio call sign for Wilson’s unit he led in Vietnam, and it is also in honor of his radio man who died there.

Wilson acknowledges that the Muskegon County Veterans Administration serves a purpose, but not all veterans feel welcome there, he said.

“Some veterans have a rough time, due in part to the maze that the government sends them through,” said Wilson. “What sets us apart is that we deal with many issues and we serve as a referral agency. This organization’s focus is that we don’t let veterans leave here without some relief.”

Now in its 10th year, the range of services varies according to the needs of the veterans who walk through the door. EverSharp serves as a referral agency, assisting them with DD-214 upgrade, computer training, employment assistance, PTSD support groups, and medical/prescription assistance. They also assist homeless veterans.

Future plans call for opening a building in West Michigan providing transitional housing and counseling for veterans. The bulk of the organization’s expenses have been funded by Wilson personally, and he welcomes individual and corporate donations. Working alongside Wilson is executive assistant/volunteer Ruby Herman-Chatman; a grant writer is expected to come on board soon.

“He Gave Me My Life Back”

For Danette Williams, the military held great promise. A Muskegon native, she had longed to be part of what she described jokingly as “the biggest gang ever.” But her dreams of making the military a career were shattered when she became the victim of military sexual trauma during a mission where she was the only female.

“I was treated like an outcast, and people made it seem like it was my fault,” she said.

After she returned home, she sought local counseling help, but to no avail.

“In Muskegon, there is not the support for female veterans. I went to the VA and they said there was nothing they could do for me,” Williams said.

For a time, Williams engaged in self-destructive behavior, such as partying, bad relationships, and suicidal tendencies.

“I thought I was going crazy. I couldn’t take care of my family. I became a cutter. I just wanted someone to acknowledge that something happened to me.”

She learned of EverSharp through a co-worker at Sacred Suds. She met with Wilson, who not only recognized that she had PTSD, but he connected her to the resources that she needed – and those that were due to her. Wilson, along with a female co-worker, transported Williams to a 90-day structured, holistic treatment program at Fort Thomas, Kentucky and also Cincinnati, Ohio.

That treatment proved to be a crucial, life-changing experience for Williams.

“When it was time to go home, I was shaking…I cried. I didn’t want to leave because there were no real follow-up services in the Muskegon area. I love Muskegon, but I knew that if I came home, I would die.”

Williams now resides in Kentucky. She purposely relocated so that she could be in close proximity to her follow-up care, treatment and the support that she insists that she continues to need today. She is doing better. She works, cares for her children, and finds spiritual strength through church and reading the Bible.

“There is nothing I could ever to do to repay Robert because he gave me my life back. I’m still working on myself but I want people to realize he is the real thing and he is there for the veterans. He will go above and beyond and give you 110 percent,” said Williams. “He wants to help you to be healthy, mentally and physically. He wants to give you the tools to help you  to do things for yourself and to pay it forward.” 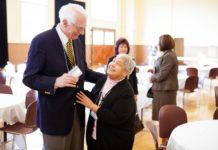