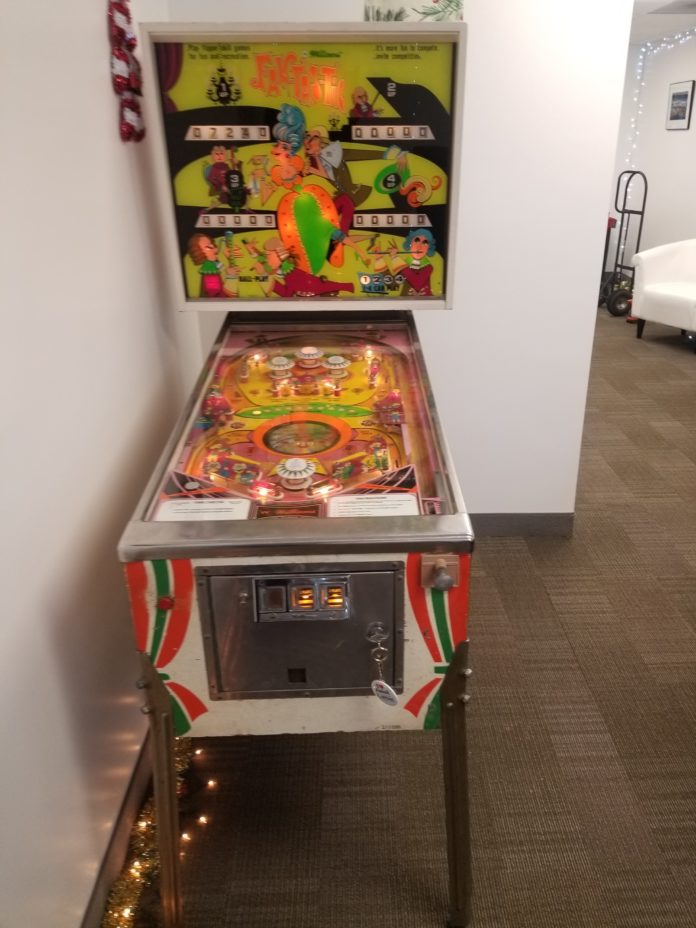 Muskegon – Tis the season! Your friends at 100.9 in conjunction with GR Pinball is giving away a vintage 1972 Williams Fan-tas-tic Pinball machine originally built in Chicago.

Only 5600 of these lassicc machines were produced and 100.9 got one to giveaway!

The game featured a unique flipper and bumper placement and roulette wheel making it one of the more specialized games of the time. The game also had the classic “crazy color” artwork – very bright colors and somewhat eccentric artwork – that was common on the time for Williams Pinball Machines in attempt to attract attention.

This particular game spent it’s life in the Muskegon area (Not totally sure where in public it was) but after it was retired for commercial use, it went to a home for many decades in North Muskegon. It’s been fully restored and plays very fast for a game of it’s age.
This game was considered one of the best at the time of it’s release in the 1970’s and features 4 players and the classic “loose change” Chimes!
To win simply feel out the entry form http://www.muskegonradio.com/register-to-win/       The winner will be announced on Monday December 23