ALLENDALE, Mich. — The totals are in and show a record number of graduates at Grand Valley State University during the last academic year, and a class that was the most racially diverse.
The university awarded the most degrees in its history during 2017-2018: 5,730; the most bachelor’s degrees: 4,609; and the most doctoral degrees: 80. The number of degrees earned by students of color was 891, the highest ever, both in numbers and in percentage: 15.5 percent.
Grand Valley is also seeing a four percent enrollment hike for its spring/summer session, with 8,479 students taking classes. The university engaged in an educational campaign to show students how enrolling in needed classes during the spring and summer could decrease their overall time to earning a degree, and it worked.
President Thomas J. Haas also noted that the university is showing a decrease in the average time it takes to graduate with a bachelor’s degree for the fourth year in a row.
“Supporting students and their success is what we’re about at Grand Valley, and the records we’re setting in awarding degrees is the most wonderful evidence our goals are being met,” said Haas. “This means students are getting into their chosen fields faster and employers in the region are getting top-notch talent. This news comes as we’re welcoming our new students on campus for orientation and high school students for tours. What great timing.”
Lynn Blue, vice president for Enrollment Development, said a congressional policy change last year restored the year-round Pell Grant, making it easier for financially stressed students to attend during the spring and summer.
“We know the benefit to students if they can pick up classes at Grand Valley during the summer, so the deans of the colleges worked hard on scheduling classes, making them convenient for students, including online options. We also made sure they knew about them early enough to plan,” said Blue. “We have more undergraduates taking classes because the Pell Grant became available again in the summer. We have a lot of students who rely on the grant, and all these pieces of the puzzle have to be put together in a way that works for them.”
The summer enrollment shows a 14 percent increase in students of color. Students coming from outside of Michigan increased by nearly 11 percent, and that includes students from other states and countries.
Grand Valley rewards students who stay on track toward graduating in four years. The Grand Finish grant awards $1,000 at the start of the fourth year to students with at least 90 credits. Since the scholarship program began in 2011, more than 13,500 students have received the award heading into the final year of their undergraduate degree. 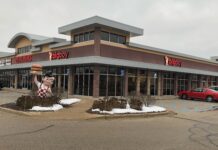