Muskegon County – No veterans have served this country more loyally or with more distinction than war dogs.

To honor the decades of service by America’s canine soldiers, USS LST 393 Veterans Museum in Muskegon has created a special display and memorial site on board the historic World War II warship. The site came just in time to honor the passing of Cena, a bomb-sniffing war dog who served three tours in Afghanistan and came home to Muskegon to live out his life with his last Marine Corps handler.

“These dogs are military veterans, and this is a veterans museum,” said LST 393 museum manager Ron Morzfeld. “Their courage and sacrifice needs to be honored and remembered. That’s what we do here.”

The museum ship, moored at the Mart Dock on the Muskegon waterfront, has associated with the Michigan War Dog Memorial. The South Lyon animal cemetery is the only one in America that is dedicated exclusively to the interment of military and police K-9 veterans.

Cena, Muskegon’s late war dog, will be buried there with full honors in late August.

The museum’s display includes replica war dogs in authentic military gear. It also shows the uniforms of handlers from World War II, the Vietnam War and modern conflicts. Educational films about the role of war dogs play on a big-screen TV to provide additional information about K-9 service throughout the years. There is also a replica of the “Vietnam War Dog Wall” that commemorates the 4,000 war dogs left behind by the military when the U.S. evacuated Vietnam.

The war dog display is one of dozens on board LST 393 Veterans Museum. Also new this year is a display of 175 examples of military headgear from many eras and countries, donated by retired Marine Corps Maj. Richard Duvall of Spring Lake.

LST 393, a veteran of three World War II invasions including Omaha Beach on D-Day, turns 75 years old this year. She was launched on Nov. 11, 1942, from the Newport News Shipbuilding Yard in Virginia. On display is the remnant of the champagne bottle used to christen the ship

Tickets to tour the museum are sold from 10 a.m. until 4 p.m., and the ship closes at 5 p.m. It is open seven days a week through mid-September. Special guided tours for large groups are available and ship rental can be scheduled by calling 231-725-5918. More information is available at www.lst393.org. The website for the Michigan War Dog Memorial is www.mwdm.org. 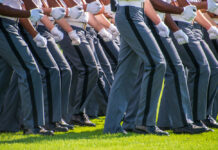 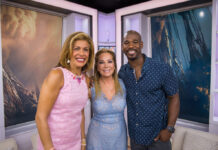 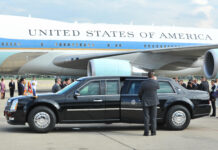